So today after work, I went out to the park where I volunteer [ADOPT-A-PARK] to check the trails and collect litter. I decided to see if I could find a few tasks I could test the KILIMANJARO GEAR "BALLAST" (tm) multi-tool on. I spotted a fallen Oak branch and tried out the little saw blade on it. Worked pretty well. The saw blade is less than 2" in length, so you are pretty much relegated to branches no more than an inch or so: 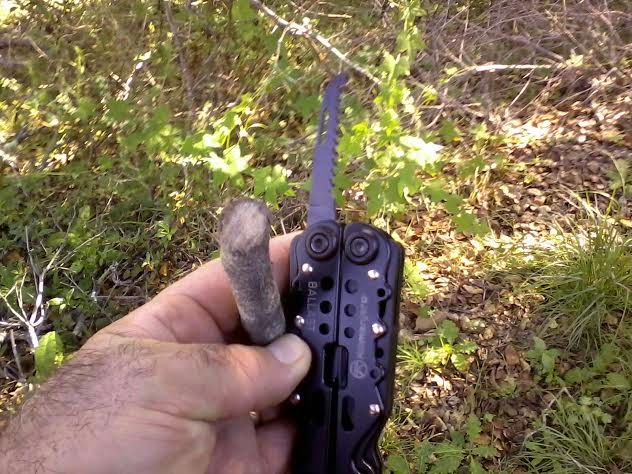 Saw blade function worked well
After that I tried out the blade on whittling a point and no surprise there because it was sharp as delivered: 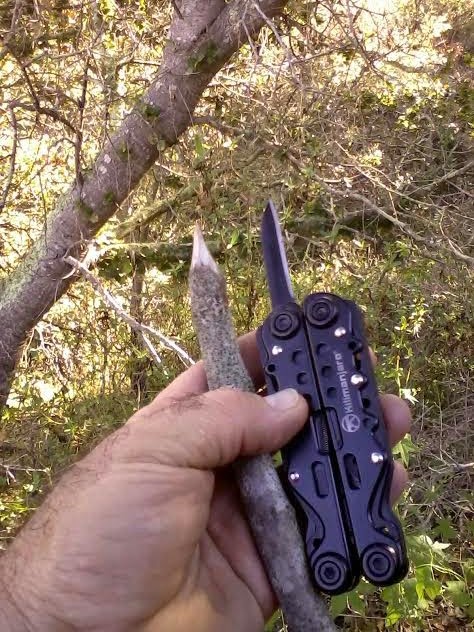 Whittling with straight blade
It was a beautiful day outdoors. We'd just had some rain the night before and everything was fresh and green, like this Hummingbird Sage [love the tea from this]: 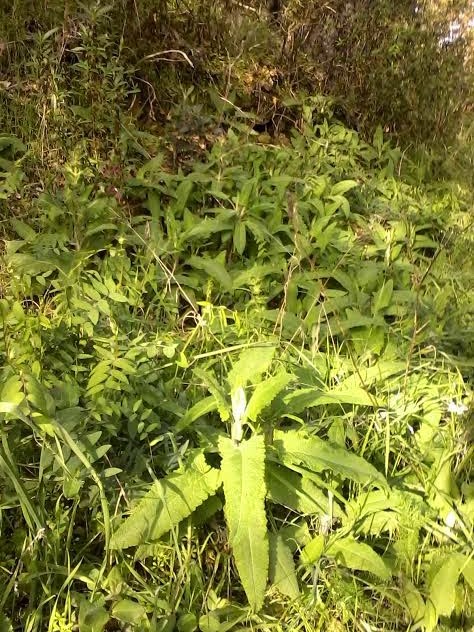 Hummingbird Sage makes a nice tea with
Decongestant medicinal properties
I saw a lot of Dusky Footed WoodsRat dens scattered off the trails in the woods: 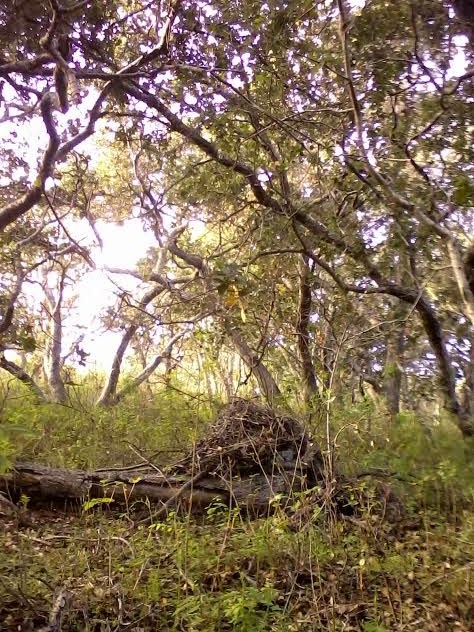 WoodsRat den
I wore the knife and sheath to work last night at my second job [stock clerk] pulling pallets and stocking shelves...lot of movement. I checked the sheath and just as I'd expected the flimsy web loop was already stretching. The stitching was starting to stretch as well: 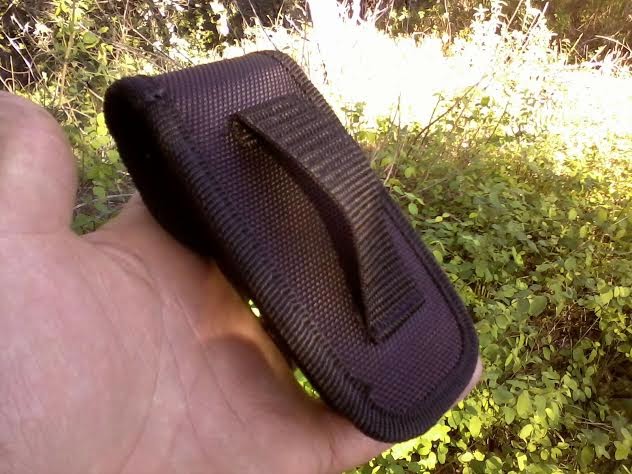 Stiffer belt loop fabric needed
The sheath needs a thicker/stiffer piece of nylon, sewn flat against the backing...such that you can barely slide belt through. It'll stretch a little with time, but this is not going to last. You'd have to carry it in a pack to avoid losing it.
I found a downed green Willow branch so I used the straight blade and the serrated blade to craft a tent peg and a spindle for bow drill [when it's dried] and they worked just fine: 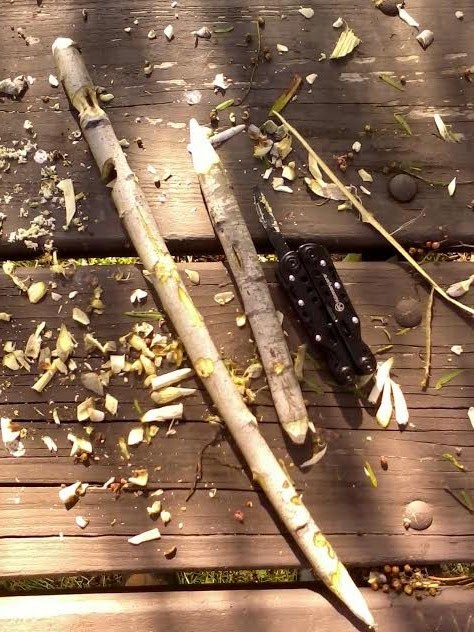 Camp craft whittling
I attempted to sharpen my pruners with the file blade, but the file is too soft and couldn't scratch the pruner's blade. In fact, the double-cut checkering started wearing away. I tried it as a wood rasp and it worked okay, so that's the most you can expect from the file function. That was a disappointment: 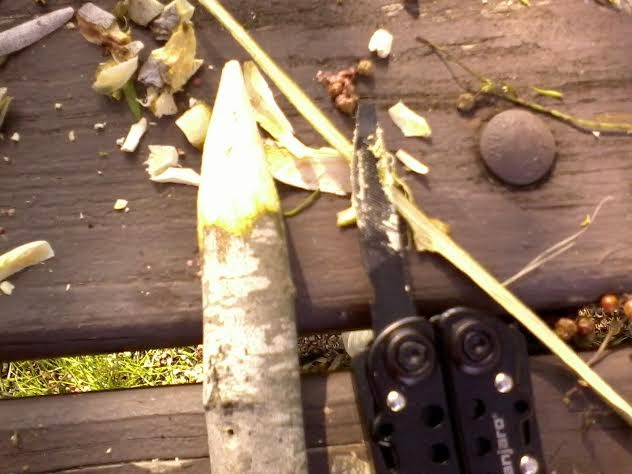 File will function as a wood rasp

I also tried the Phillips Head screwdriver out. I tried screwing a wood screw into some Douglas Fir 1 X 3. This is one of those "Half Phillips" in which the cross tips are ground short so it doesn't require as much space in the handle [and thus a slimmer handle profile]. These are stinkers because they slip out of the Phillips slot, but worse, the Phillips blade kept collapsing under pressure because it does not lock. So, I gotta say, there's room for improvement here. But KILIMANJARO GEAR does offer a Lifetime Warranty [original purchaser/no abuse] and that's not bad!

Anyways, it was a good outing. Oh, and I managed to gather up about a pound of litter from the park and trails. Last time I added it up a couple of months ago I figured I'd gathered over 50# of litter: 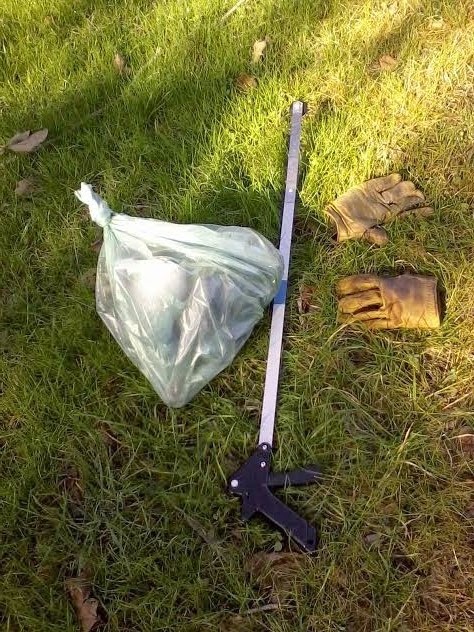 Take some litter out with you. Leave the
Trail better than you found it!
I've got some more testing to do on this multi-tool, so we shall see. It's an attractive design and I really like it, but there's a few things as mentioned that I'd fine-tune to make it an even better product.
Have a great week!