Frederick Burnham - The King of Scouts 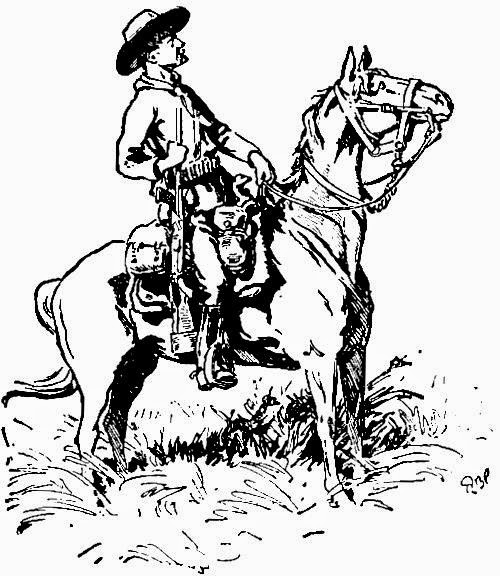 Frederick Burnham
Sketch by Robert Baden-Powell
Since a young age I have always been interested in the great Frontiersmen and Scouts of history; the Pathfinders like Jedediah Smith and Joseph Walker who found the passes and forgotten trails that opened the West to the settlers who followed. Of course, there were many, some not so well remembered. One of the great Scouts I have always admired is Frederick Burnham, who was a great adventurer and the man who inspired Lord Robert Baden-Powell to form the Boy Scout movement. Here's his story:

Burnham was born in 1861 on a Sioux Indian reservation in Minnesota. As a baby he narrowly escaped death during a raid on his town by Sioux warriors. As a child, Burnham learned woodcraft skills from the Native Americans. Later in his teen years his family moved to California. There he took a job as a dispatch rider for the WESTERN UNION TELEGRAPH COMPANY. His travels on the trails of California and Arizona brought him into contact with old-time Cowboys and Frontiersmen who shared the skills of Scouting and Tracking with him. Always hungry for adventure, Burnham soon joined the U.S. Army as a Scout-Tracker in their efforts to capture the Apache leader Geronimo. 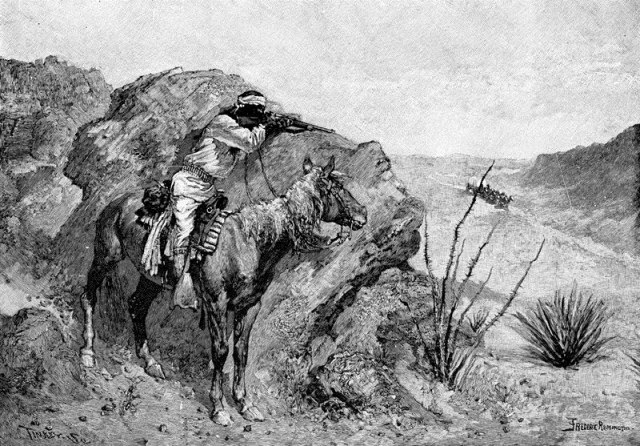 Apache ambush
During his U.S. Army experience, Burnham came into contact with experienced Scouts like the infamous Al Sieber, who advanced his knowledge and skills. Burnham credited an old Scout named "Holmes" with teaching him desert survival skills, such as celestial navigation and locating water.
Burnham was briefly drawn into the Arizona Cattle Wars of the Tonto Basin. It was there he learned to use a revolver, to shoot equally well with either hand, and while on horseback if necessary. Burnham soon left that melee, disgusted by the wrongs and injustices he had witnessed there.
During the 1880's Burnham held many jobs, working cattle, mining, and working as a lawman. At age 23 he returned to California and married. He tried farming, but the hunger for adventure was strong. The American West had been pretty much pacified by this time and Burnham cast his eyes overseas. In 1893 he sold his belongings and moved his wife and child to South Africa where he joined Cecil Rhodes pioneers.
Upon arrival in South Africa, Burnham learned that a war had begun between the Pioneers and the Matabele native peoples as led by King Lobengula. Burnham joined the British South Africa Company as a Scout and participated in the several of the conflicts of that era. It was during that time Burnham met Robert Baden-Powell and together they discussed ideas for teaching bushcraft skills to youth which would later form the basis for the Boy Scout movement. Years later, Mount Baden-Powell and neighboring Mount Burnham in the San Gabriel Mountains would be named for them and Burnham is referred to as "The Father of Scouting". 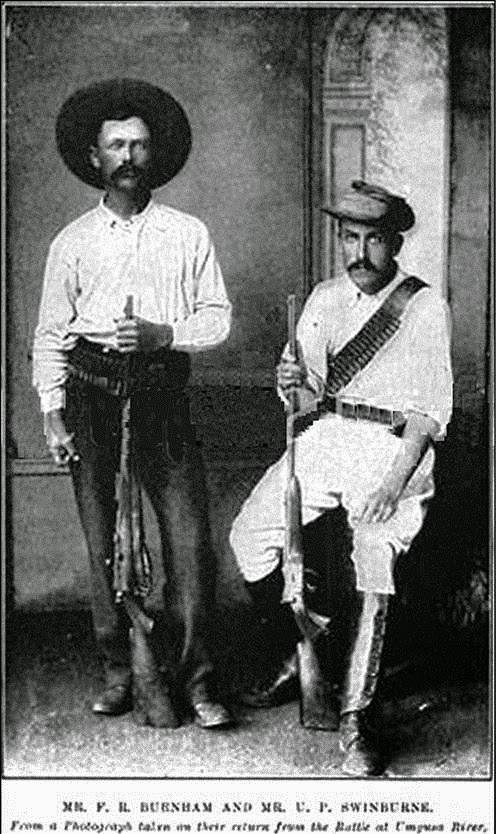 Scout Burnham [L] in Africa, 1896
Burnham left Africa to join the Alaskan Gold Rush. When the Spanish-American War broke out he rushed home to volunteer, but that brief conflict ended before he arrived. He returned to Alaska to prospect for gold and was there when he received a telegram from the British Commander in Africa requesting he return and serve as their chief of Scouts in the Boer War Campaigns.
Burnham was ambushed and badly wounded while scouting for the British, and was sent to England to convalesce. He received several awards, including the British Empire's second highest award, the Distinguished Service Order [D.S.O.] and was hailed by the British press as "The King of Army Scouts". 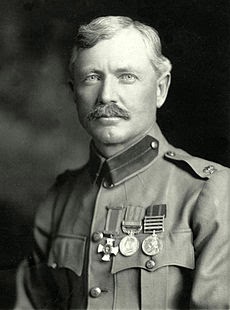 Major Burnham, D.S.O.
After healing from his war wounds, Burnham returned to private life and used his outdoors skills in mineral and petroleum exploration, served as a security director for a Presidential border visit, and worked at wildlife conservation efforts. He retired to ranch life in Santa Barbara, CA.
Major Burnham died in Santa Barbara in 1947. He and his wife are buried together in the Three Rivers Cemetery, Tulare County, CA.
Major Burnham left a legacy of service to Our Nation. His son served in the Vietnam War, and his Grandson, Russell Burnham, also entered the U.S. Army and was selected as the U.S.Army's SOLDIER OF THE YEAR in 2005: 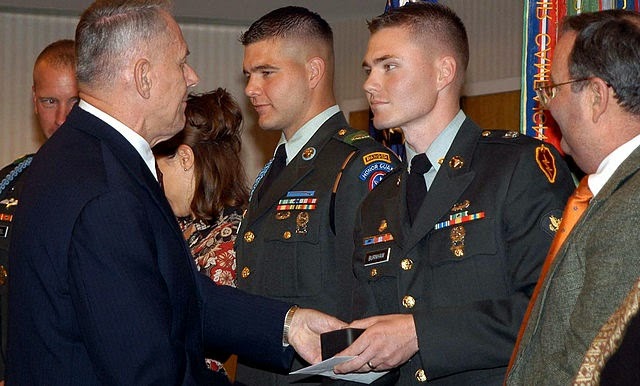 Spc. Russell Burnham,
U.S. Army SOLDIER OF THE YEAR 2005
In the interest of brevity I have left out many details of Maj. Burnham's life. It is fascinating reading and the story of an incredible life of action, adventure, and family, and of a man who left a legacy for generations of Boys to grow up with outdoor skills and values still available today,; values very badly needed in today's morally-confused world.
Maj. Burnham's own book, SCOUTING ON TWO CONTINENTS, is still available in print.
Posted by Goblin Ranger at 12:08 PM