Yesterday, September 22 was the Autumnal Equinox, the first official day of Fall, so I decided to make my first hike and celebrate the arrival of the new 2014 Autumn season. This is my favorite time of year here on the Central Coast. The days are becoming shorter, the leaves are falling, and the air is thick and musty.

I had decided on going out El Chorro Regional Park, where I'd heard a Mountain Lion had been spotted a few days earlier, hopeful of finding and measuring and photographing a legit cat track: 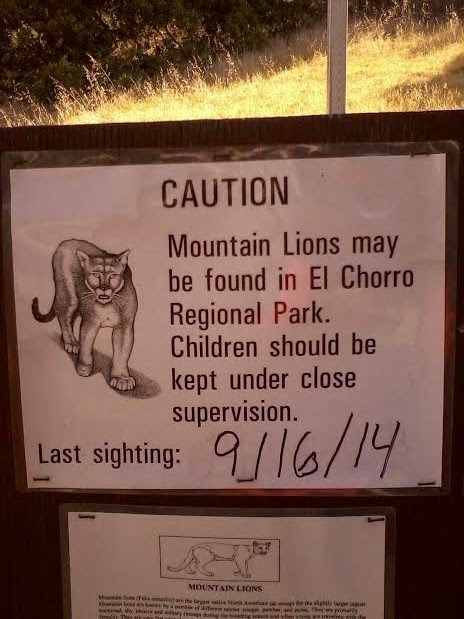 My wife had also mentioned a trail at the rear of the El Chorro Park which led to an "observation point", which piqued my interest. I'd never heard of this trail and decided to scout it out. I parked at the Dairy Creek Road trailhead and began my hike. After about a half a mile I came to a spot on the road adjacent to a spring, that was littered with Turkey feathers. It was obvious a Turkey had been attacked and killed by a predator: 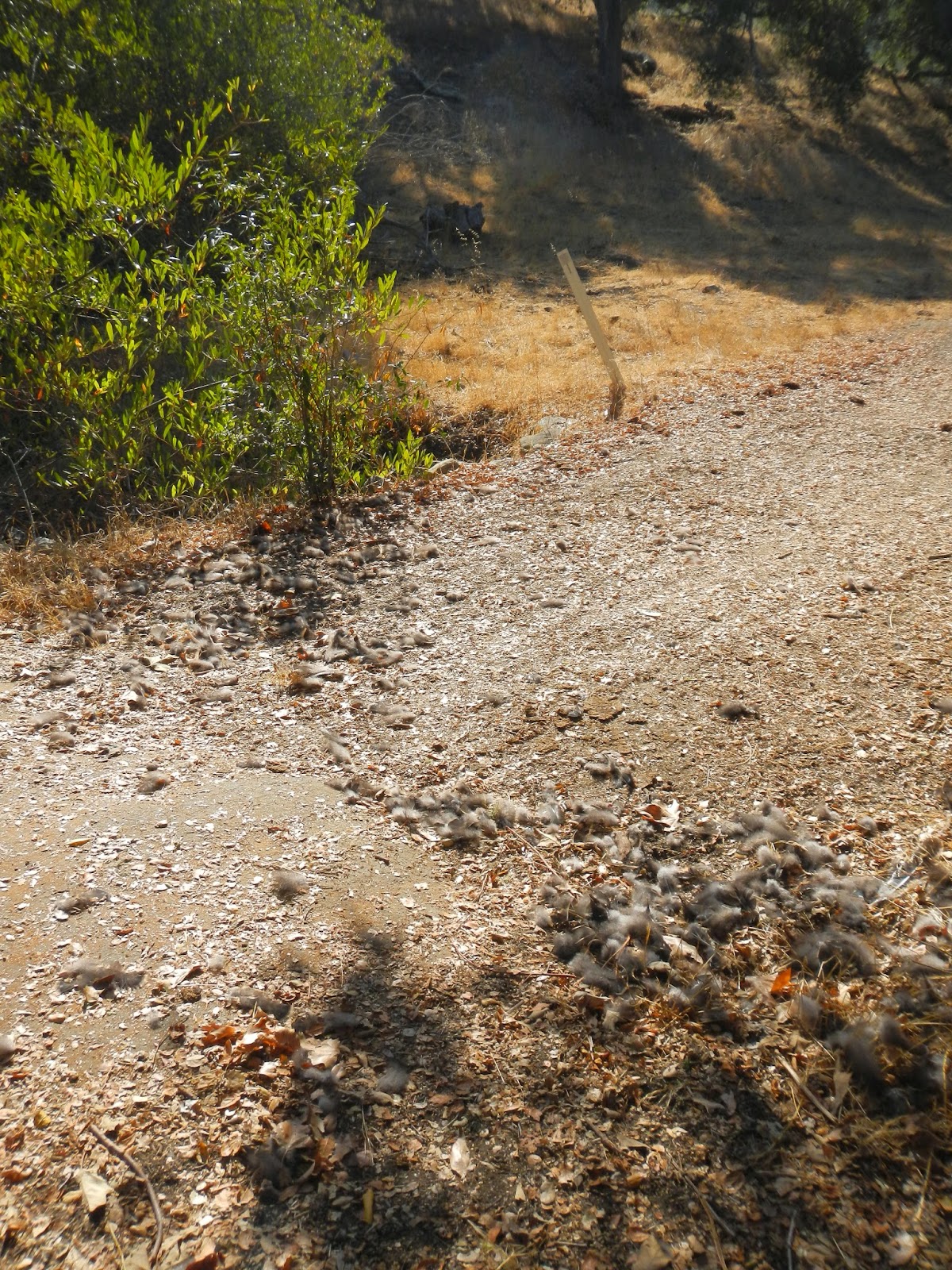 Kill site
I checked the area for tracks left by the predator, but found none, so I continued on. A little further up the trail I came across a lot of Turkey tracks in the sand and took some photographs: 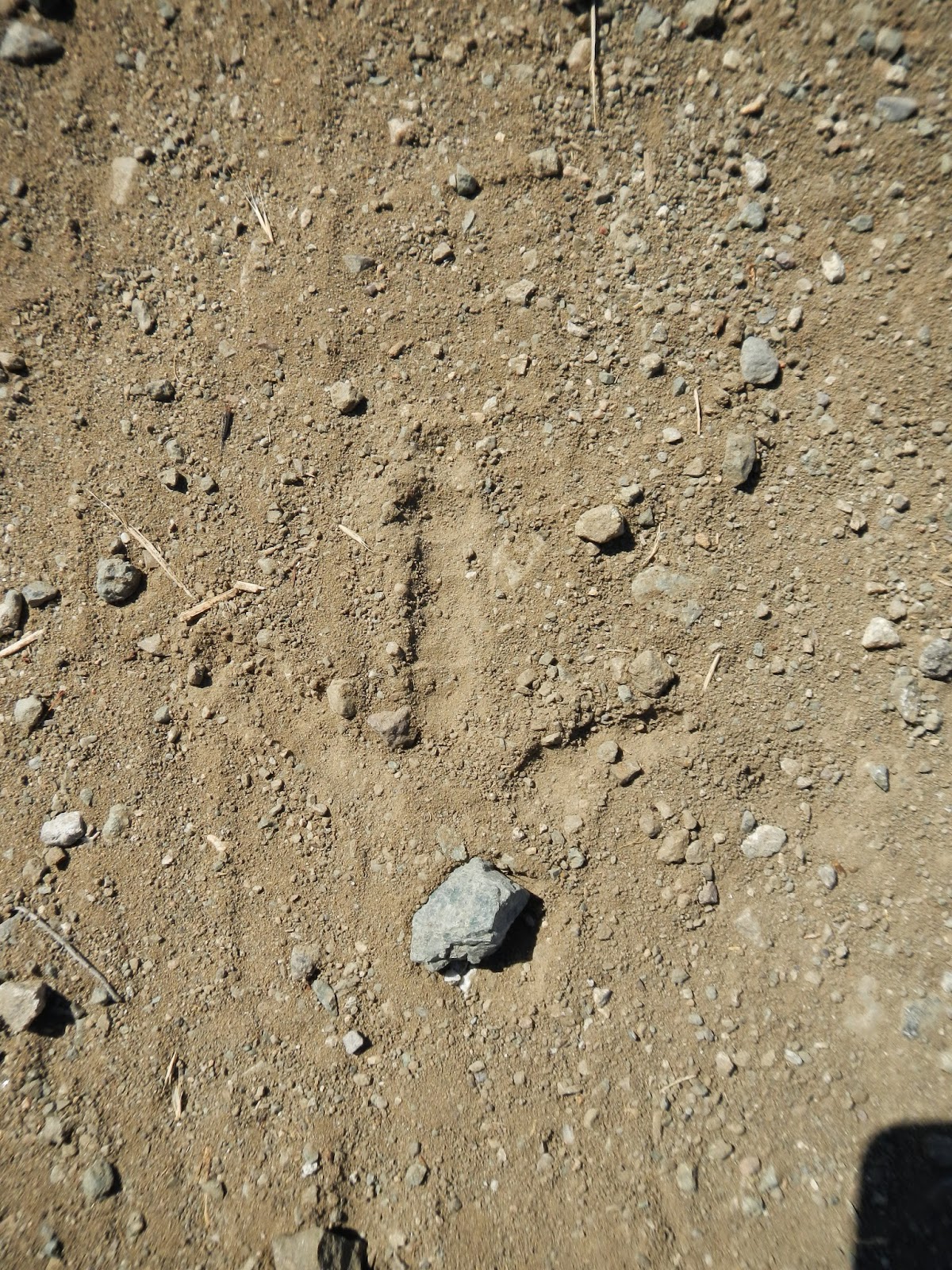 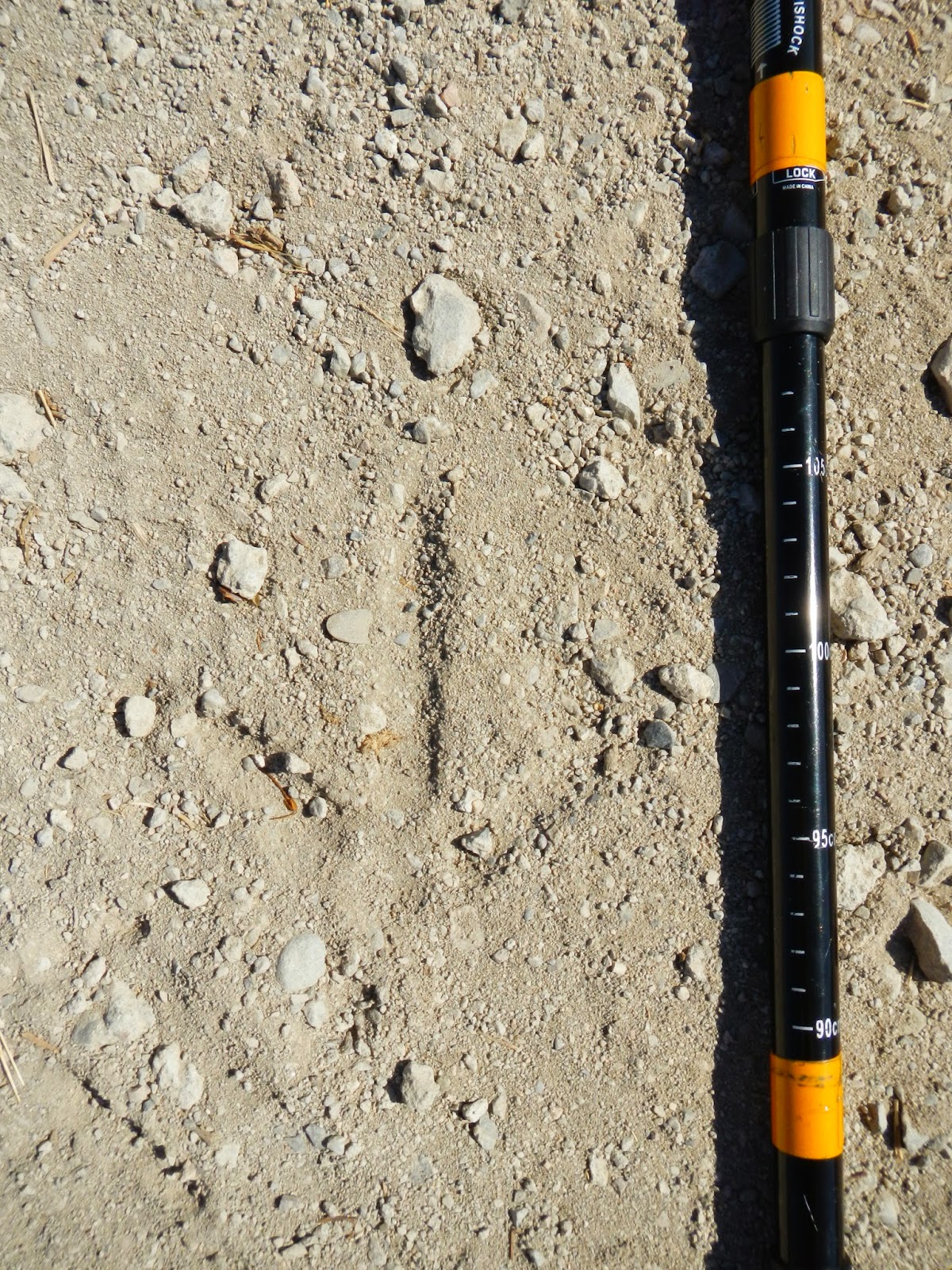 Another track with measurement
Stick placed for scale
I continued on my hike and soon recognized the trail [road] leading to the "observation point" as described and diagrammed in my wife's trail guide:
﻿ 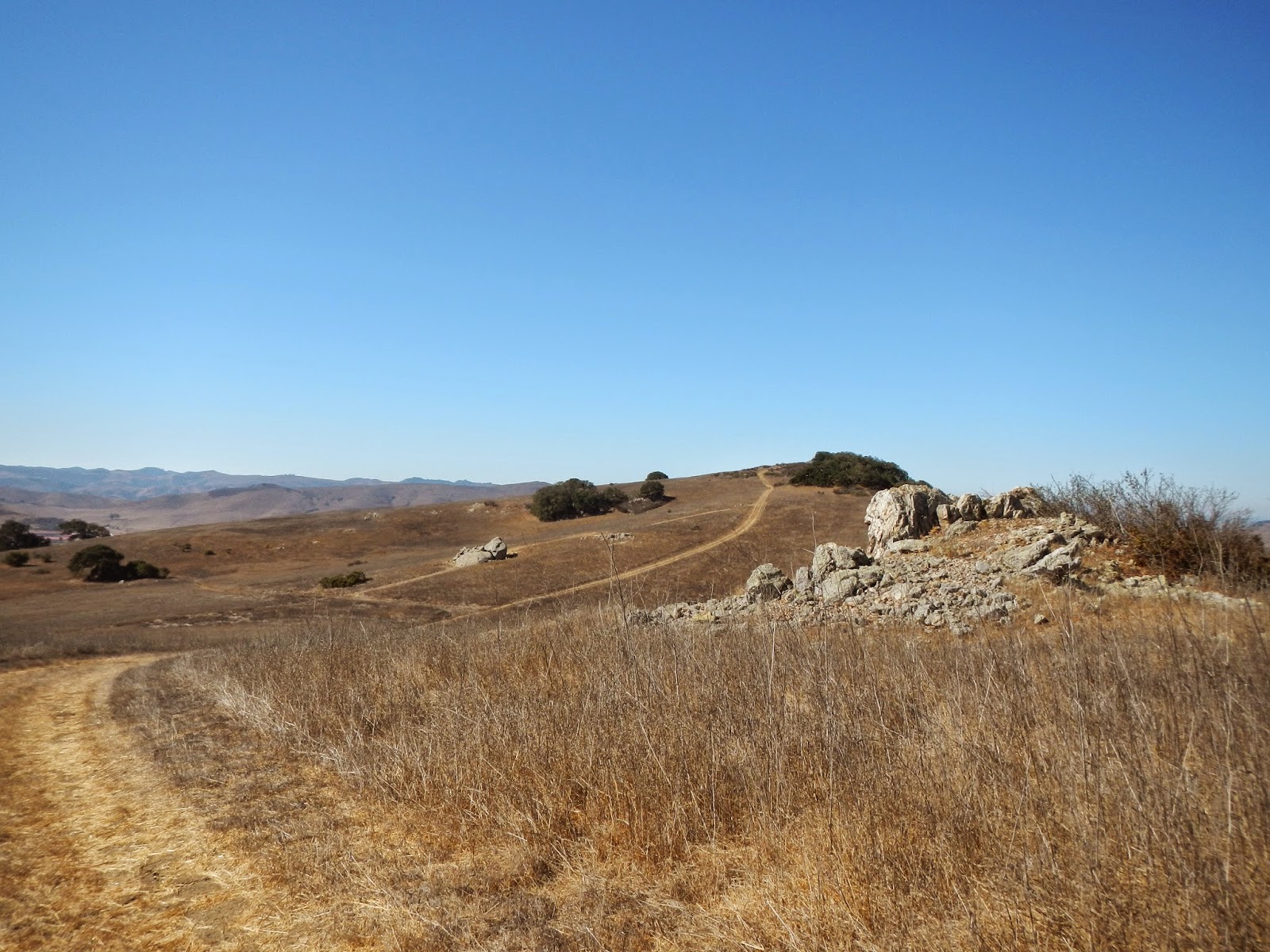 Observation Point
There were some really unique volcanic rock formations in the area, and I stopped to explore them: 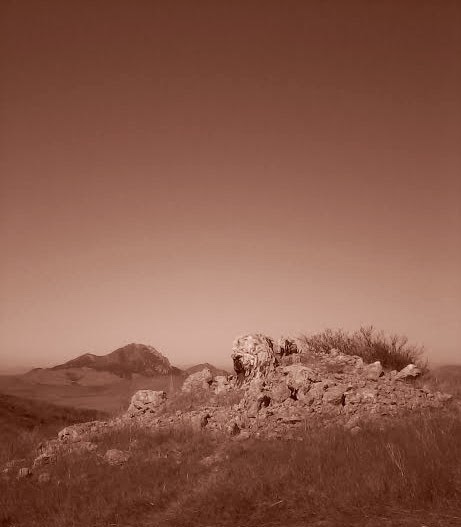 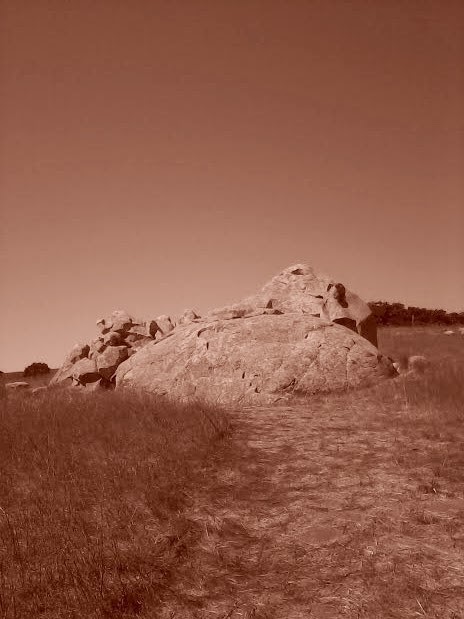 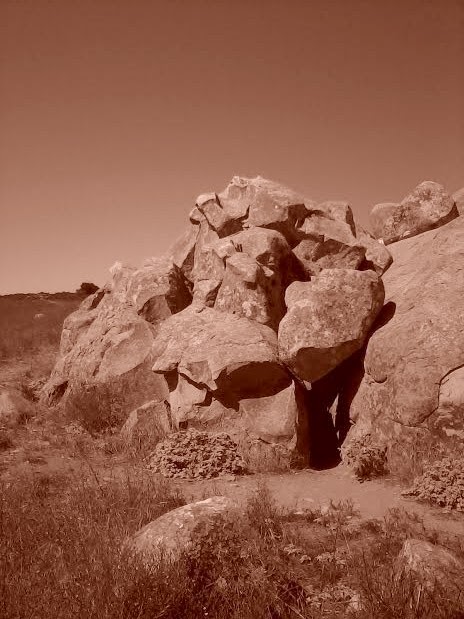 There were several rocks which appeared to have been drilled to receive blasting charges. The holes for the shot's were at least a couple of feet deep: 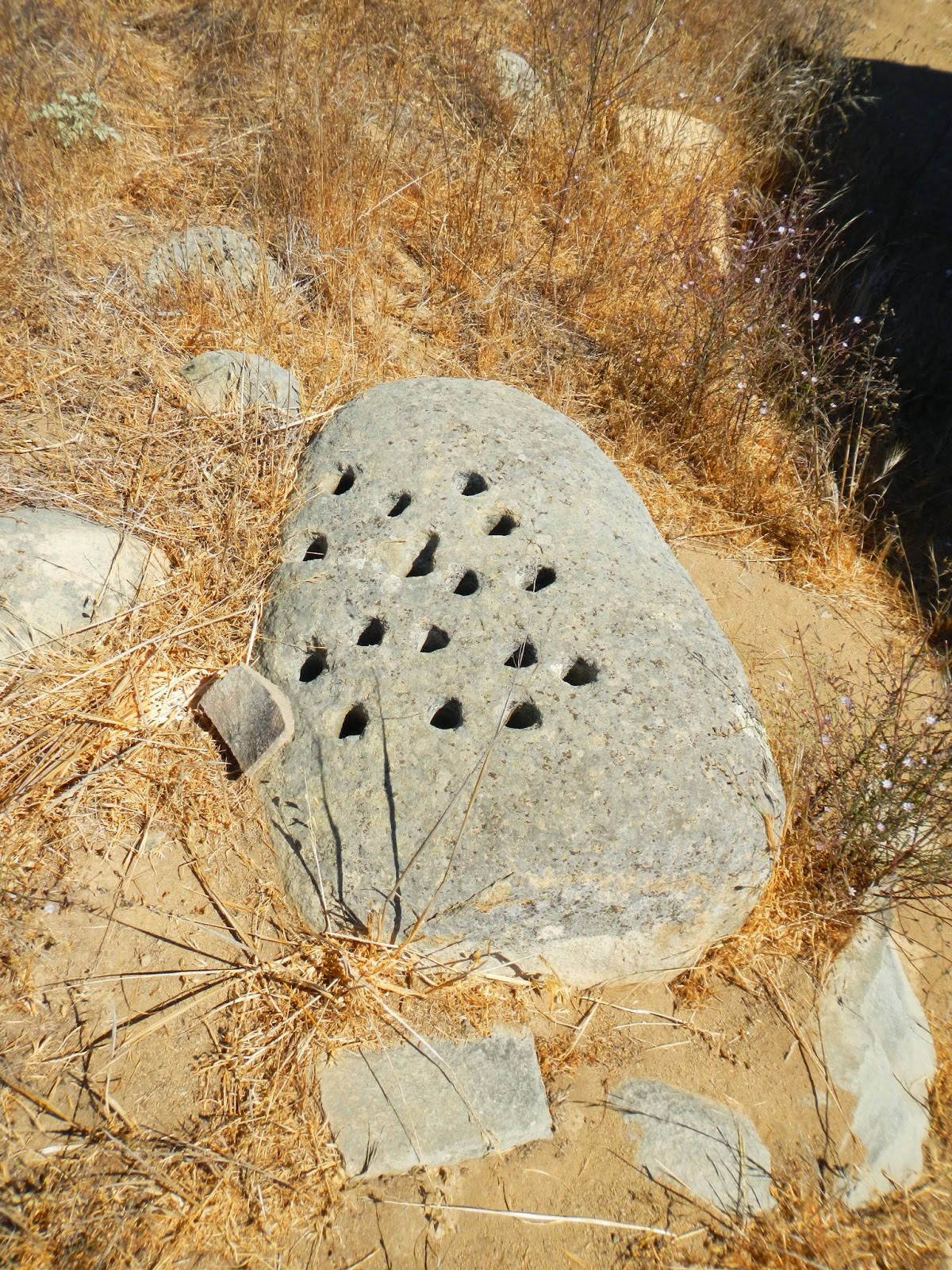 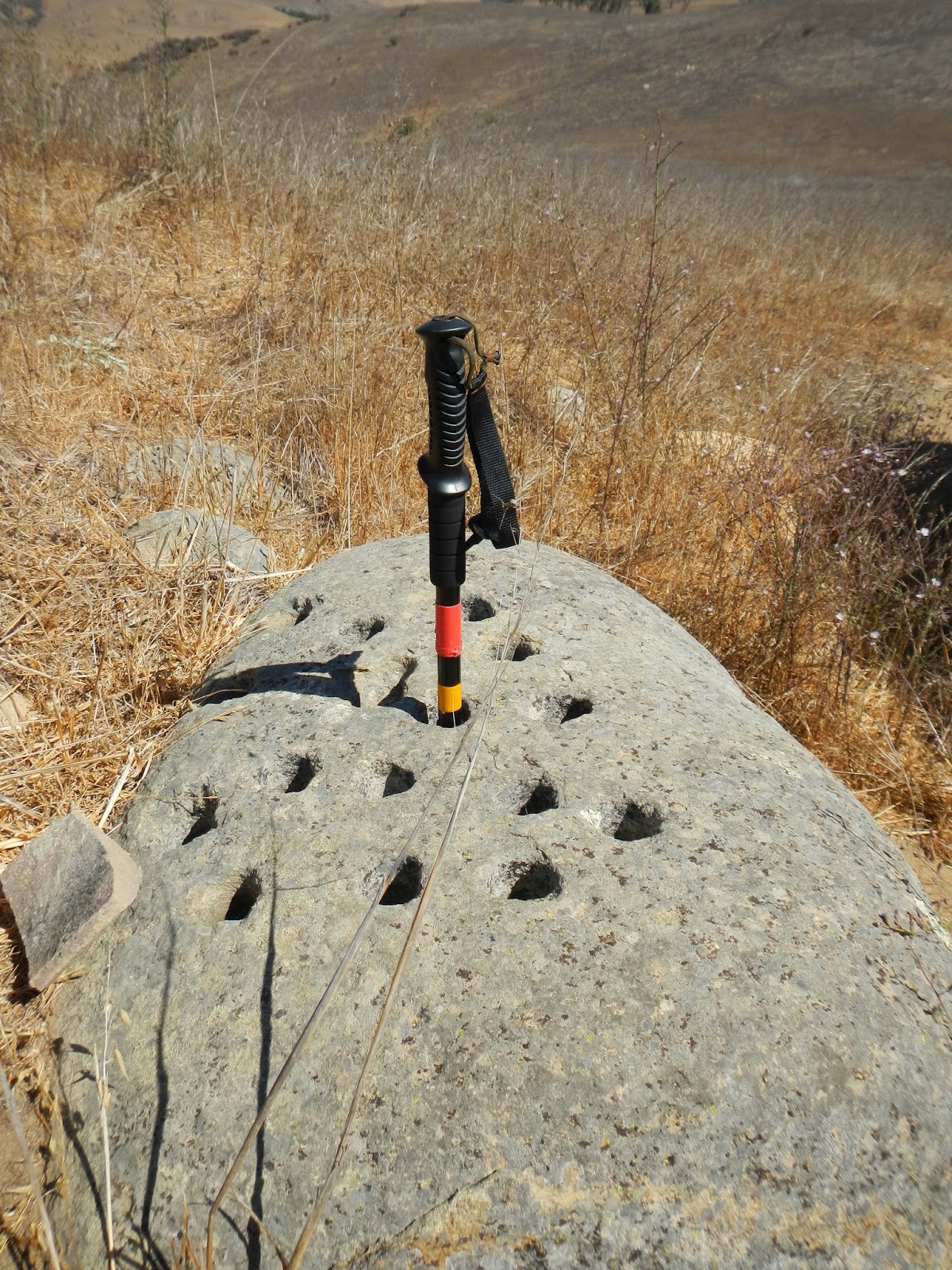 When I reached the Observation Point I saw a circle of stumps, probably used by the Rancho El Chorro Outdoor School for small group discussion with their students: 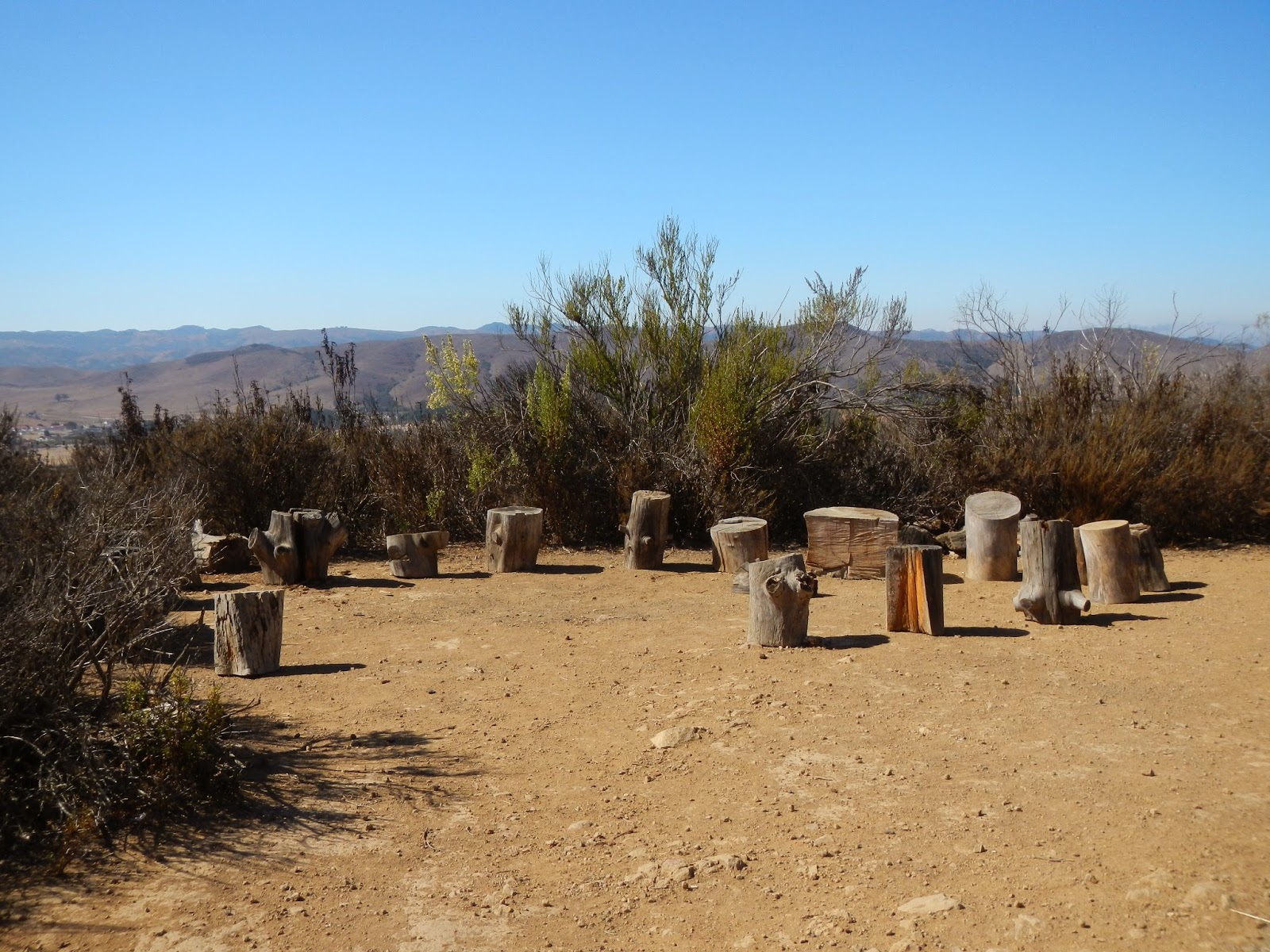 Just behind the group area I could stand and look out upon the Chorro Valley and the El Chorro Outdoor School facilities below: 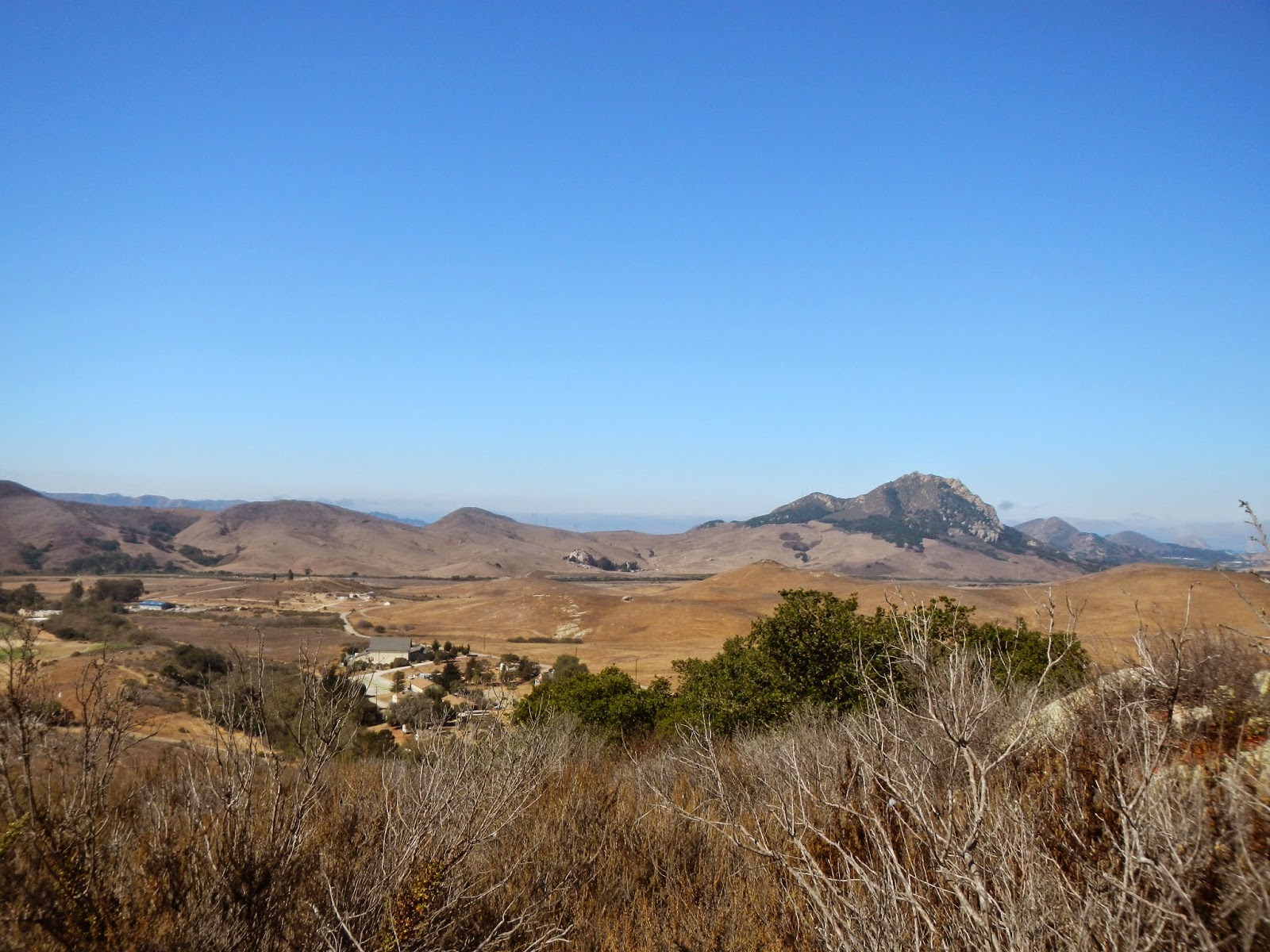 Rancho El Chorro Outdoor School; Hollister Peak
There was an abundance of chert, something I have never seen on the coast here. This stone would've been useful to the aboriginal peoples around this area for making stone tools, scrapers, and blades and I am fairly sure they'd have identified this resource and used it. I found a piece with nice sharp edges and kept it to place in my Flint and Steel primitive firemaking kit: 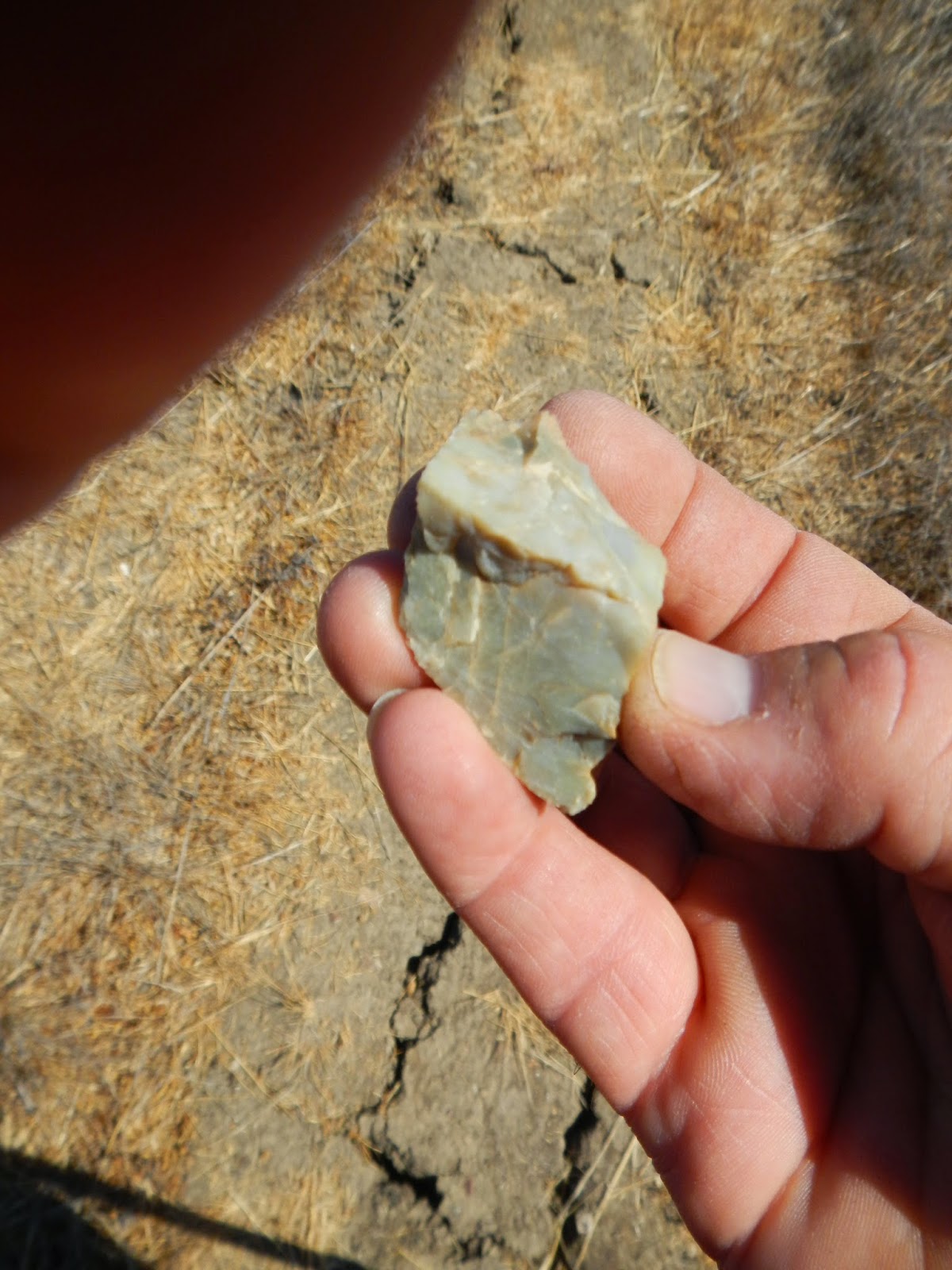 Chert
I hiked back down to Dairy Creek Road and decided to check the creek for water and tracks. "Chorro" is the Spanish word for a jet or spring where water gushes from the ground. There was a small amount of water pooled in a stone basin, and I've seen Bobcat's coming from this area after taking water: 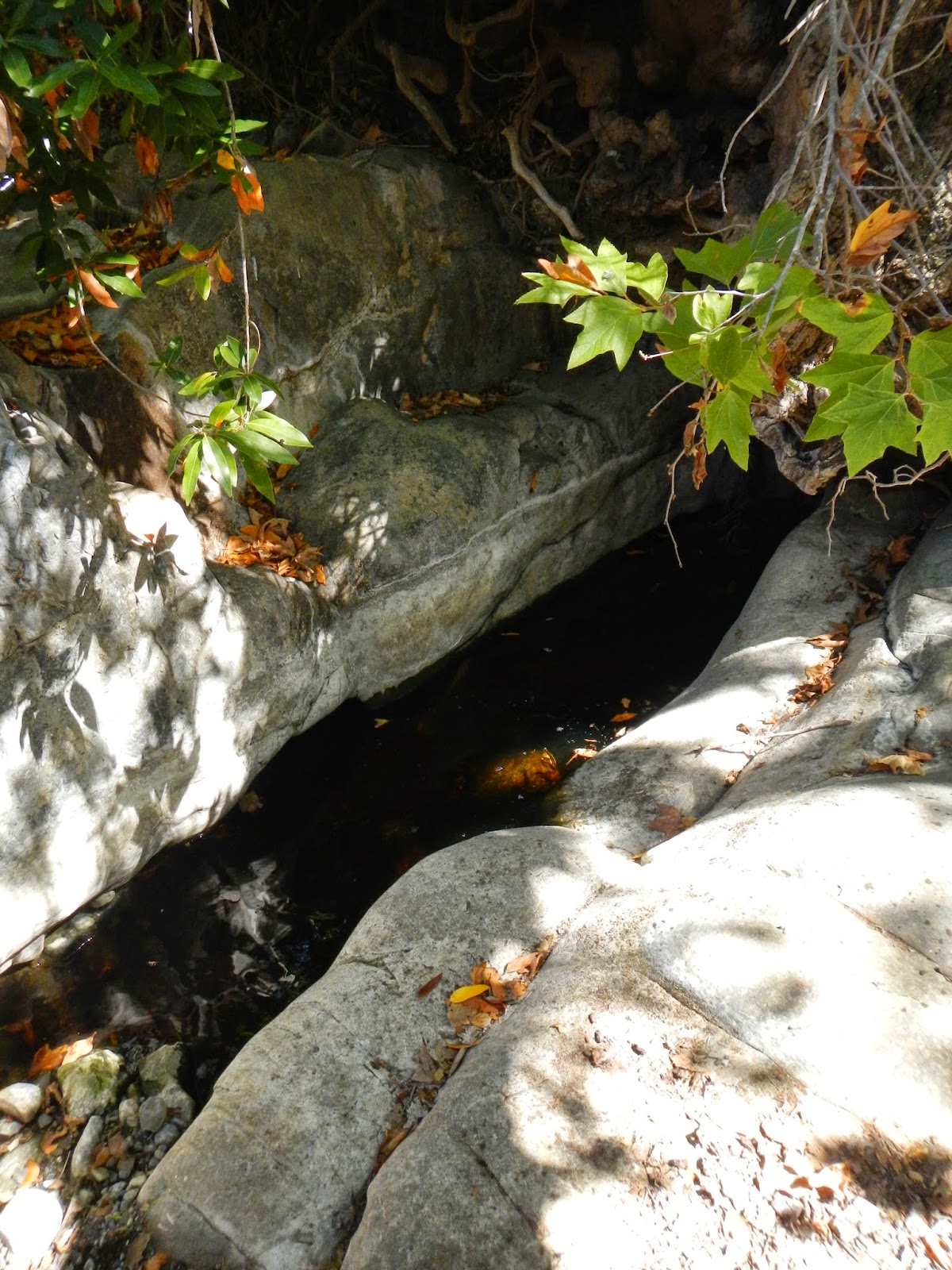 "El Chorro" [The Spring]
There were several muddy spots where the ground was moist. I looked around carefully, decided it was safe, and then bent to study them carefully for any tracks. I found a track, but there was insufficient detail to make any identification, though my impression was that it probably was made by a Coyote or other large Canid: 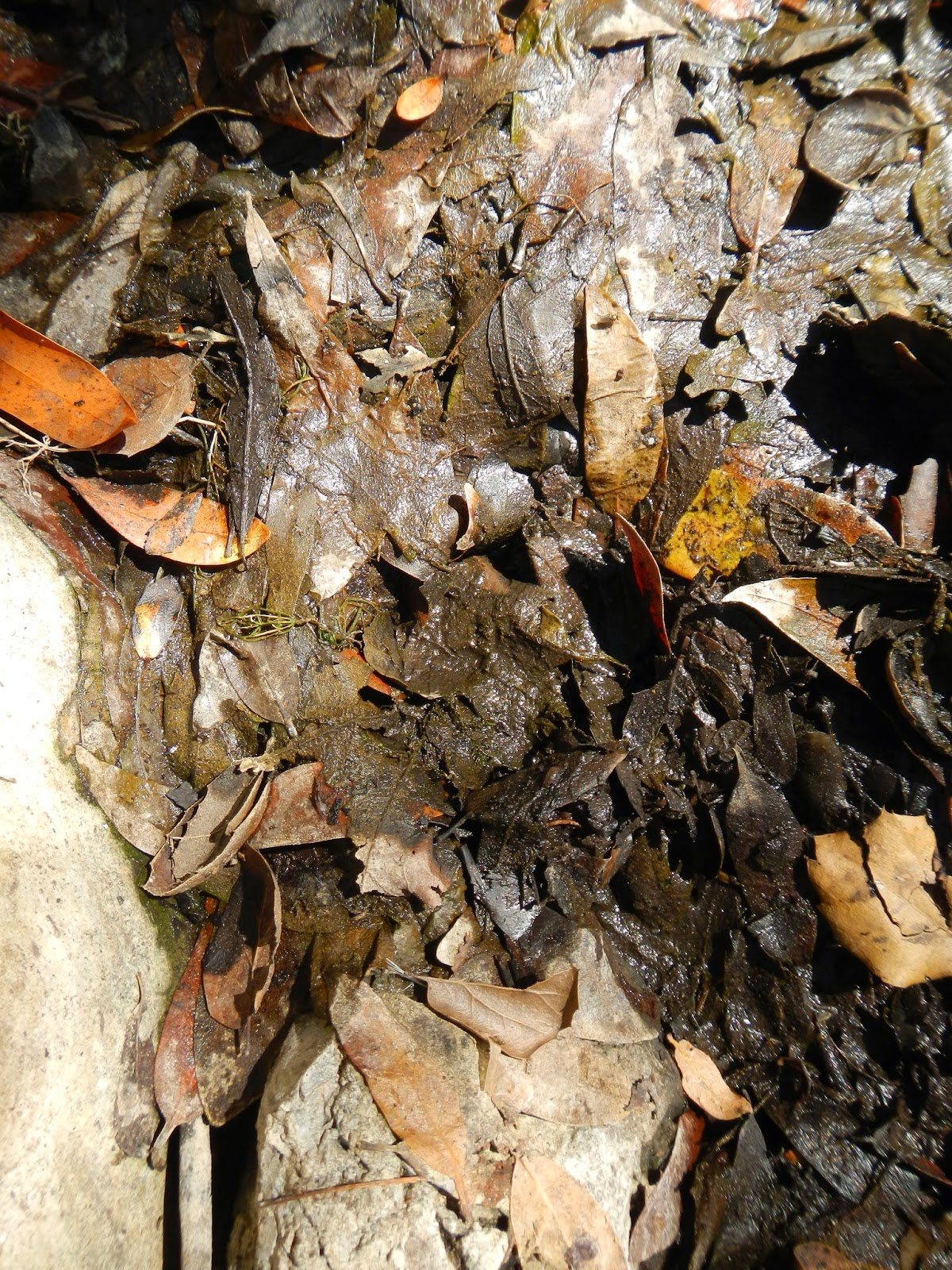 Critter track...but what was it? 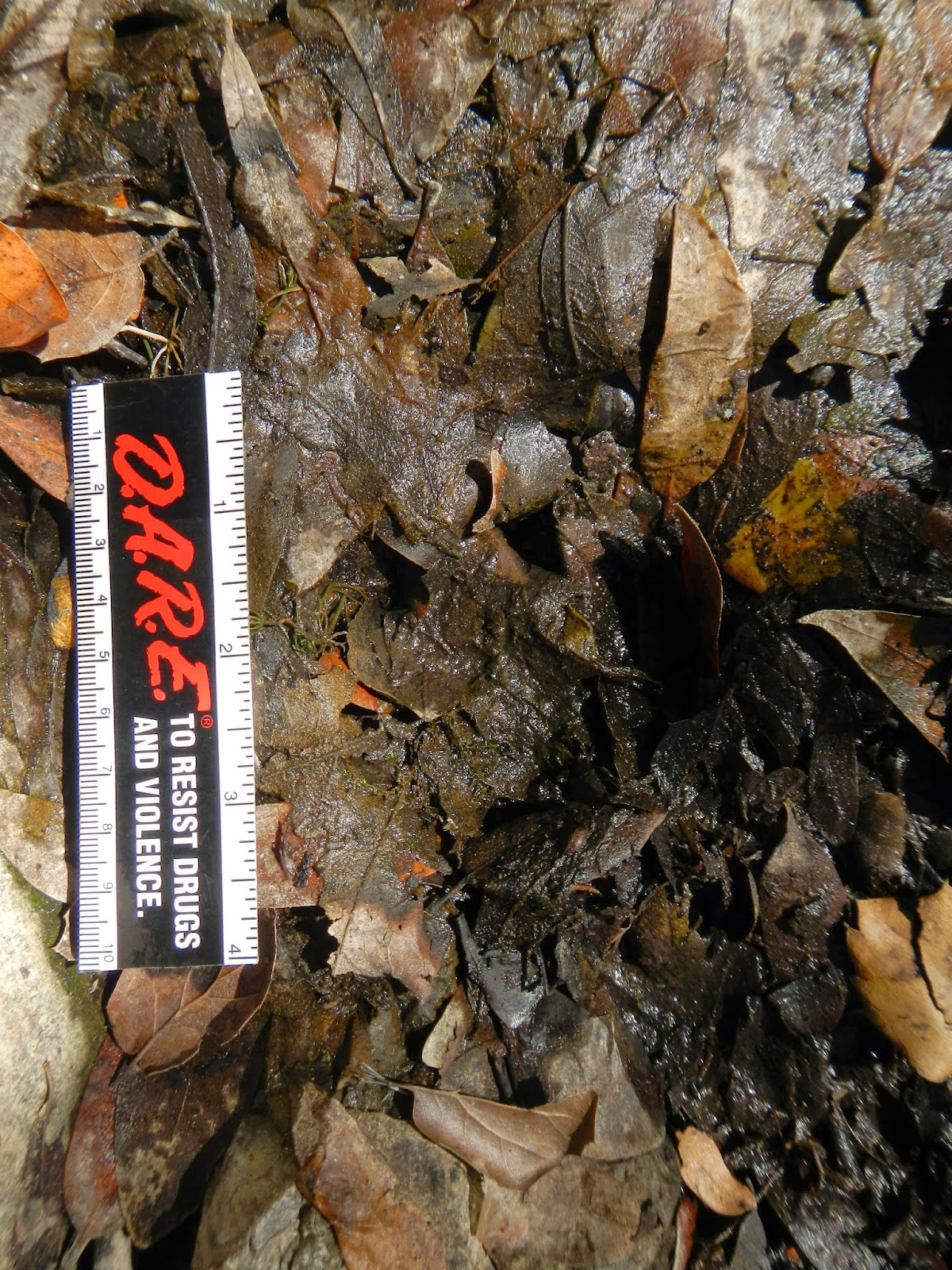 Ruler for scale
Of course, what would one of my outings be without a discussion of kit? For today's outing I used a digicam CAMELBACK pack sans hydration bladder, which my wife Kim found at a garage sale for $3 bucks! I carried the obligatory emergency necessities, my tracking kit, and a USAF Pilot's water flask...light kit for a quick scout. I sat it down on some rocks in the creekbed while studying tracks, and noticed how well the digicam pattern blended with the rocks: 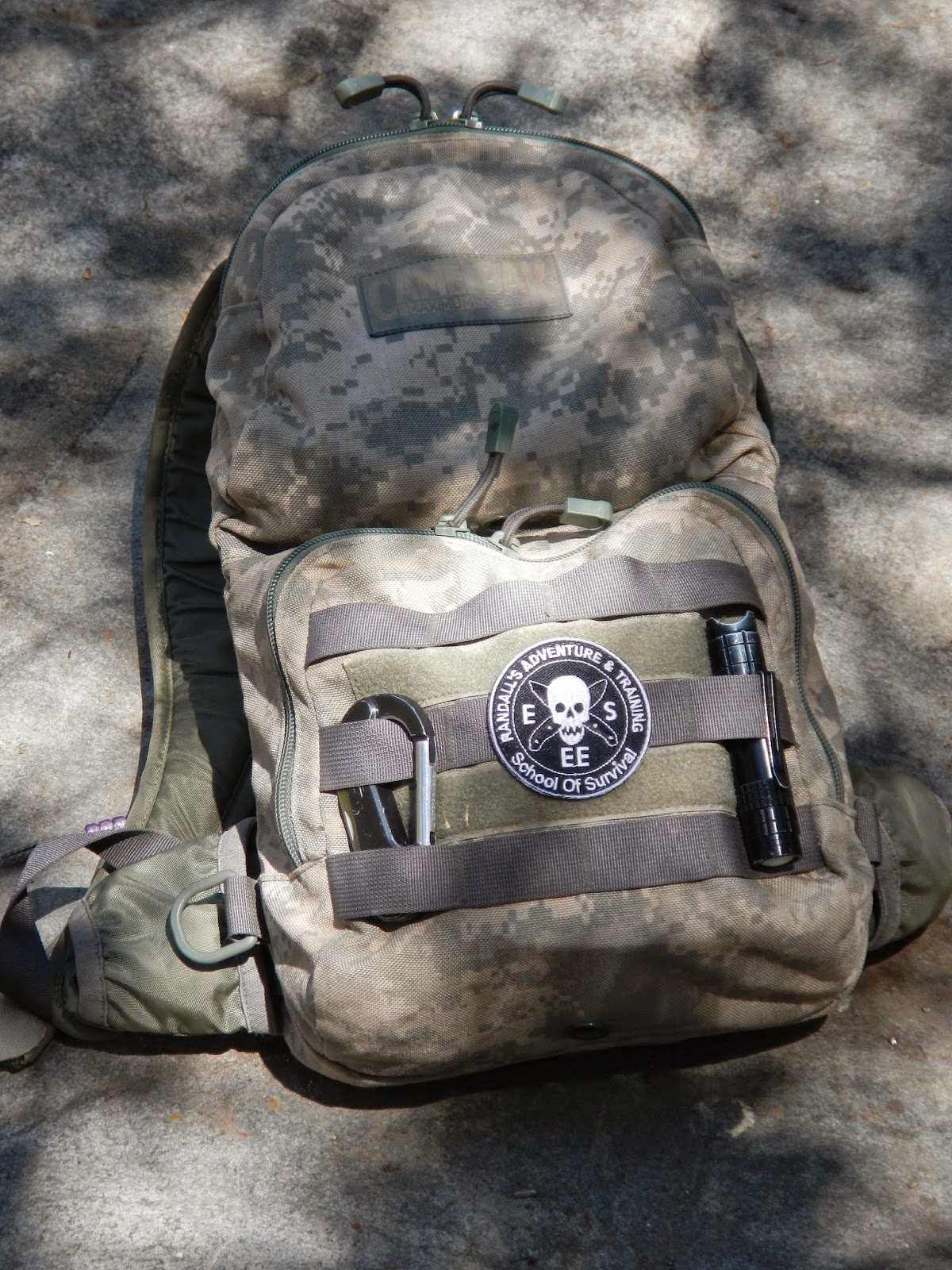 Digicam pack
It was a beautiful day and a perfect outing to welcome and step into Autumn: 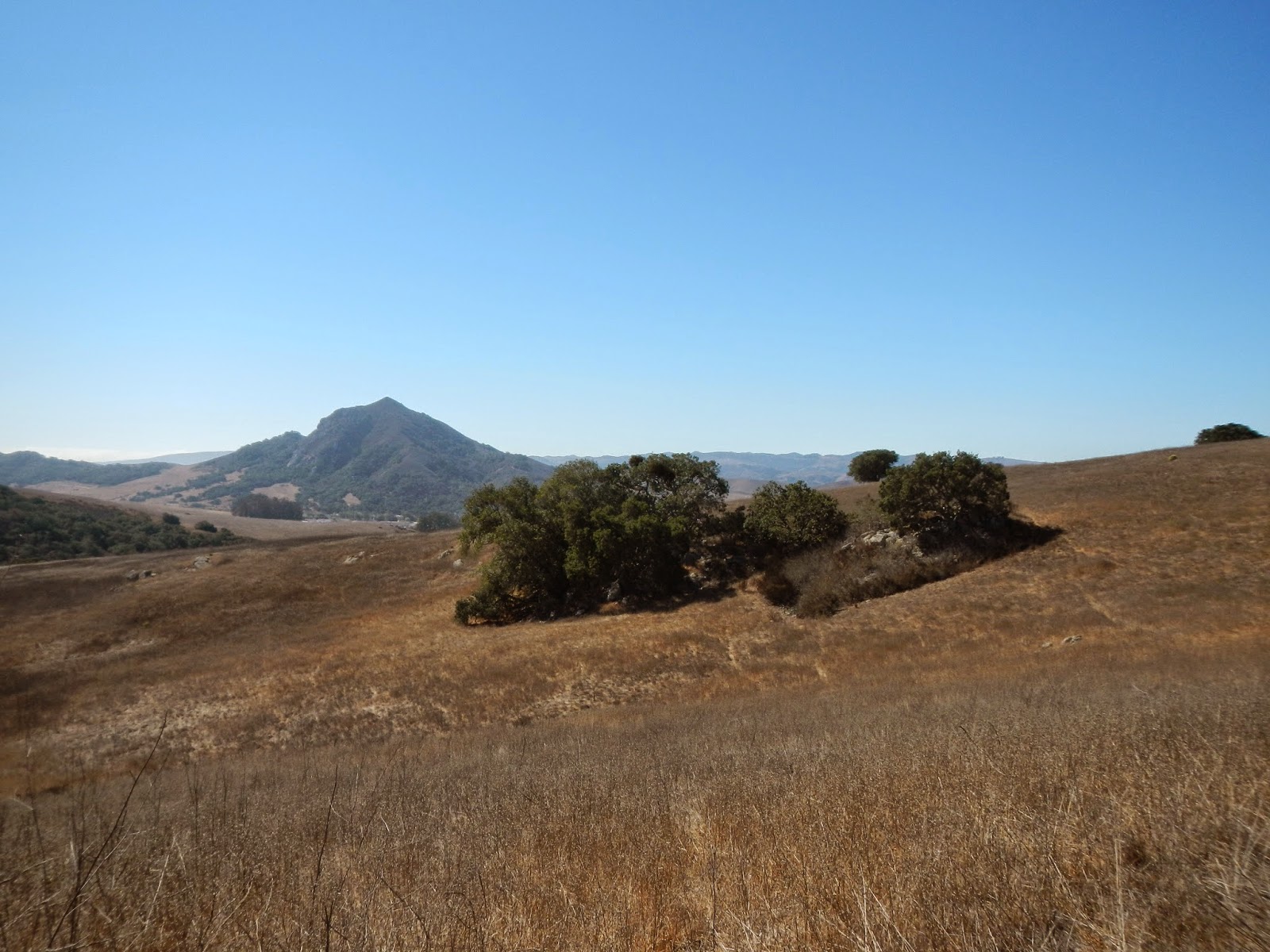