This morning I returned to the El Chorro to explore further. I've been reading Tom Brown Jr.'s  book, "Tom Brown's Field Guide: Nature Observation and Tracking", and have been wanting to do practical application of some of the lessons it gives. Today I wanted to find a hide. Brown recommends finding a hiding place and waiting for an opportunity to observe animals.

I started about 8 am, hiking as silently as possible up the Eagle Rock Trail. Going up the trail I watched the ground for tracks and sign of wildlife, oddly enough, noticing what I thought to be a human hand-like impression on one side of the trail. A friend saw the photo and gently corrected me that it was likely a bear and comparing it to a tracking manual, I would agree: 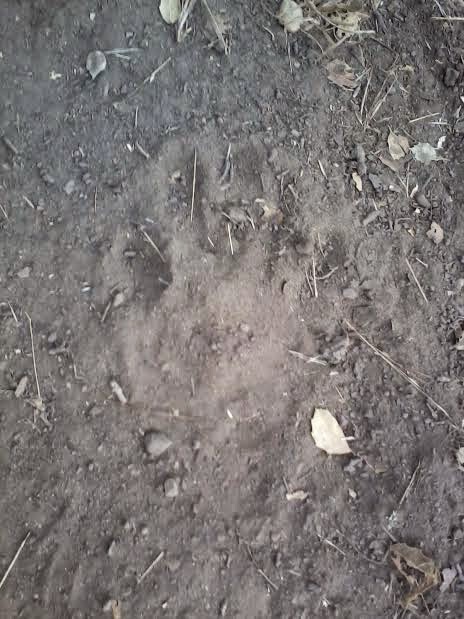 A bear on Eagle Rock Trail?
I also observed some scatch marks, probably made by some animal, likely a wild cat or dog: 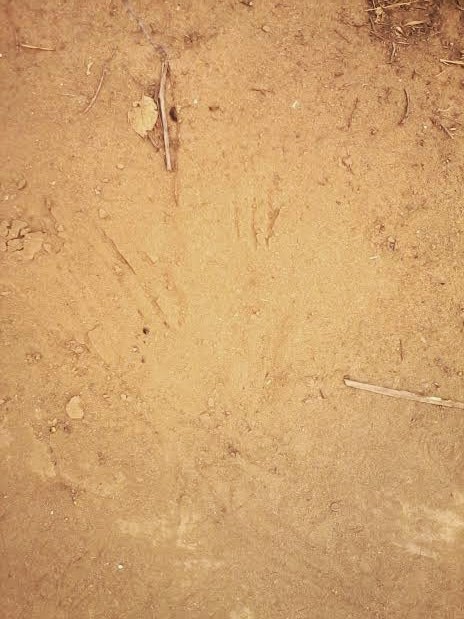 Scratch marks in the soil
Presently I arrived at an area I'd noticed the previous week; some oaks with branches that dipped down to the ground and there were met by the sagebrush and chaparral, creating an effective cover from which to sit and observe and listen to nature. I slipped under the limbs unobserved.

Once inside the canopy, I climbed up a large branch of the oak and sat silently. The wood was alive with calls of birds and they flew in and out of the tree, apparently in pursuit of one another. These were the only wildlife observed that morning, but it was very tropical, humid at about 68 degrees, and often wildlife will shelter up if the weather hints of rain.

An interesting event occurred while sitting in the tree. A *hiker* came up the trail and stood about 30' or so from me. Apparently he thought himself alone, for he engaged in several coarse behaviors and then moved off. I'll say it again: BE AWARE of your environment!

After a while I decided to move on and explore the area further on foot. I'd found Indian grinding holes on a volcanic boulder pile on my previous visit [photo below] and decided to look for more. 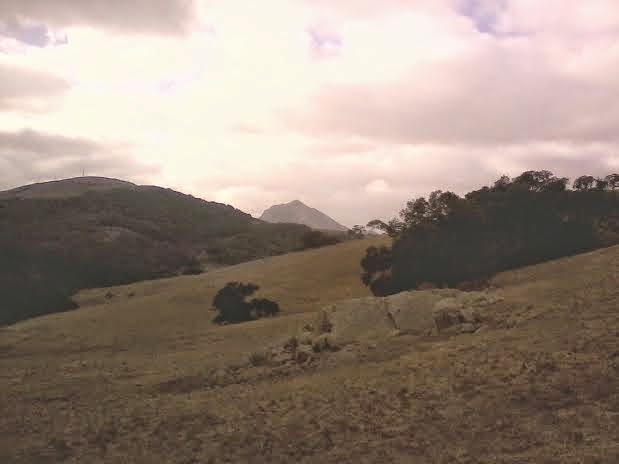 Acorn grinding site
I stood in the grey overcast morning light and surveyed the valley. I could visualize the aboriginal peoples gathering acorns, grinding them and talking, the children running about playing, and the men stringing their bows and preparing for a hunt. Nearby, I found more grinding holes on some smaller rock plates. I found a Hawk's feather and placed it on this stone, to show my respect for these ancient peoples who undoubtedly saw this land and held it as a sacred gift that provided the necessities of life. 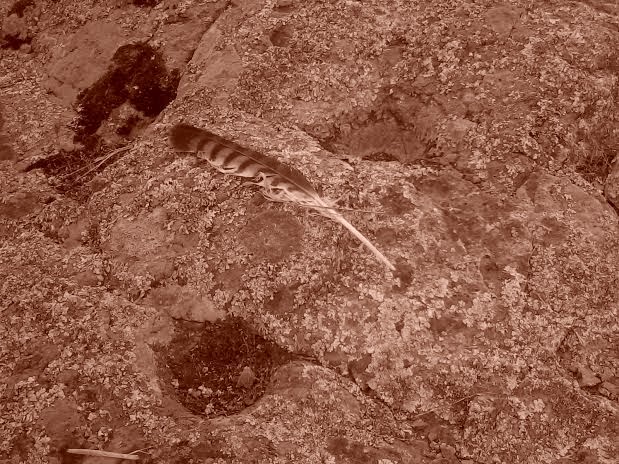 Ancient Altar of Stone
As I walked up the side of the canyon I saw two trees that had been misshapen by years of winds blowing against them. They were so stark against the dark grey sky, and yet they have persevered over time. 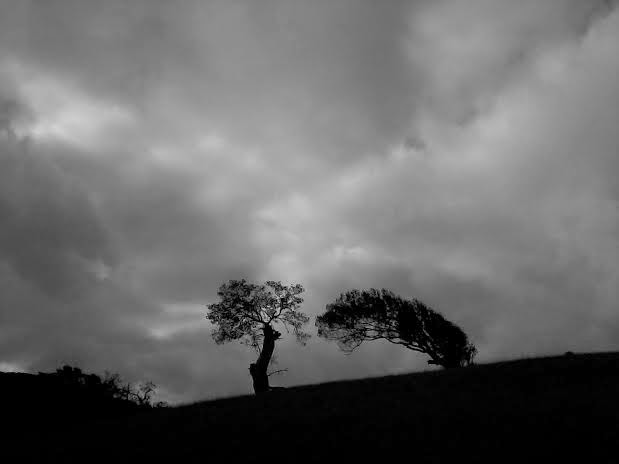 Windswept trees on the ridge line
An important aspect to nature observation is to let go of time...the feeling that you need to be somewhere at a certain time. Brown suggests that you, "...let the terrain and your interests dictate your schedule." I don't recall looking at my watch, but rather, just immersed myself in the natural beauty around me and concentrated only on stalking quietly, listening, and observing.
On the way out I went ahead and did a litter sweep. Show respect for The Gift and leave it better than you found it if you can: 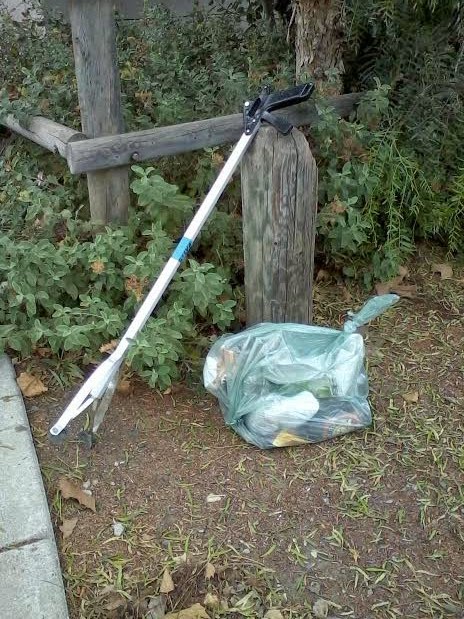 I collected a fair amount of litter
In closing, I would highly recommend "Tom Brown's Field Guide: Nature Observation and Tracking" to anyone wishing to become more skillful at woods stalking and tracking. His courses are very expensive, but the book contains many useful lessons that can be practiced by a dedicated individual.

Posted by Goblin Ranger at 6:10 PM