Recently, I spotted some nice tins at the craft store for a buck fifty. They were slightly larger than my ALTOIDS tin PSK [Personal Survival Kit], so I realized I could add a few extra items if I wished. I picked one up and decided to Japan it.

"Japanning" is an old Mountain Man trick that I learned at rondy years ago. Basically you just use tongs to hold a shiny tin in flame and it changes the metal to a rainbow colored effect.

I like to do my Japanning over the gas range...just be sure to have the fan on and good ventilation [it can set off the smoke alarms]. After it cools I rub some CRISCO or bullet lube grease into the metal and it is then both attractive and rust resistant. Incidentally, real "Japanning" was enamel work done by 17th century European artists to copy the cloisonne enamel work of Far East artisans. 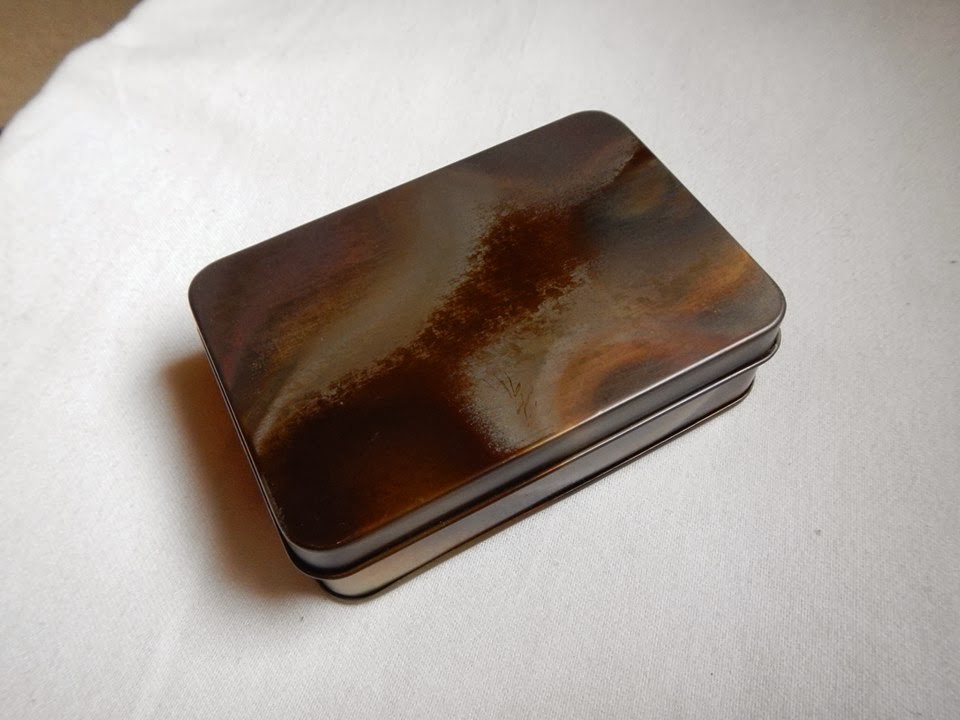 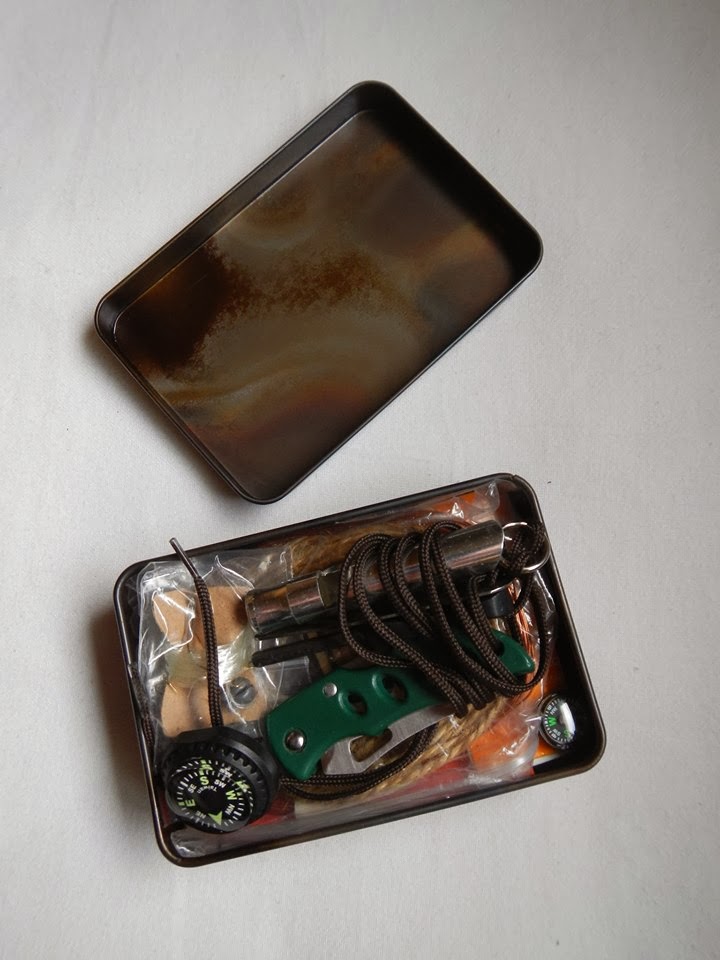 I like my trail gear rustic & primitive, so the Japanning was my first pick for a finish, but that sounds also like a great choice for a Tactical/Urban kit...a pocketknife, some first aid items, a small flashlight....those things easily carried and of great use in an earthquake or some other disaster event.

We're not talking about a 72 hour bag here...we are speaking of a small kit you can carry in a pocket at all times so you have means to perform a few tasks, such as making a fire to warm yourself, IF you were suddenly cast into a survival situation without ability to access a 72 hour "Get Home Bag" [which you should also have assembled and have in your car]. An example would be your car containing your 72 hour kit has been "pancaked" in a parking garage collapse.

Why would I want my gear "blackened you ask? Well, here are my thoughts...

It's interesting to read accounts of the 18th-19th century, because so much of the gear and clothing was blackened or dyed to be non-reflective and match the environment. Their concern of course, was light reflection and detection by native peoples of that period who viewed the white men as intruders, might object to their presence, and thus relieve them of their possibles.

Of course, the same threat [robbery in a disaster/civil unrest situation...i.e. loss of "possibles" or survival necessities] does exist today in the way of gang-bangers, looters, and other bandits. In such a situation where Rule of Law is severely disrupted, I'll want to stick to "dead space"...darkened routes of travel that will conceal my presence and movement from potentially dangerous persons. To that end, I'll want my equipment non-reflective so it does not betray my presence.

One other thought: Likewise, 21st century tactical gear shouldn't draw unwanted attention to the possessor.  I'm always amused by people who wear head-to-toe tactical garb, and carry tactical man bags with nametapes and morale patches...it's a sure way to draw attention to oneself. I rarely give everday folk or homeless folks a second look but such manner of tactical dress always commands my attention as does gangster dress. I can assure you, street thugs are very savvy and capable at assessing people, and can tell who may be armed or in possession of goods they may want to acquire [robbery].

To quote a good friend of mine..."You want to be "The Gray Man"... the person no one gives a second look."